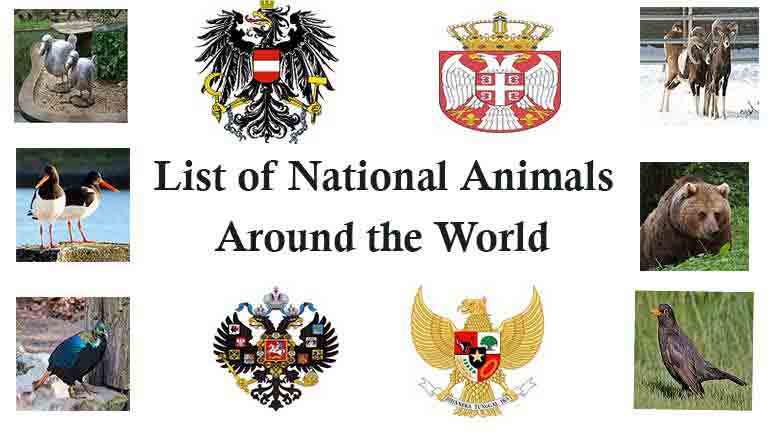 National Symbols represent the civilization and culture of a country in a symbolic form. Every country has its own National Animal. The National Animal is selected by considering their culture, tradition, ecology, mythology, etc. National Symbols show the national significance of the country and its people. Strict laws have made to protect these animals and it is illegal to hunt or harm them.

Most of the countries are better known from their symbols rather than the country itself. Let’s have a look at the various national animals of countries around the world.