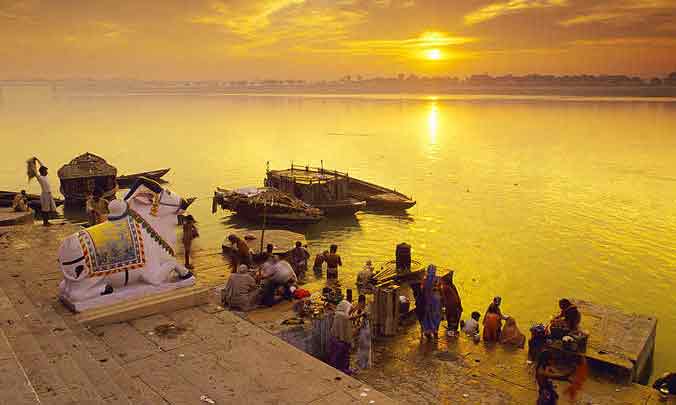 Varanasi is one of the most spiritual cities for Hindus in India. Earlier knows as Banaras. Due to its religious significance and an immense number of temples & Ghats around the city attracts millions of visitors year after year and that makes the best Varanasi tourist place. The Huge number of people around the world came to Varanasi every year. It became the most popular destination even the foreigners, they love it too. If you are planning to explore here, there are many historical and memorable places to visit in Varanasi. Also, there are several things to do in Varanasi like:

Why is Varanasi so important?

Varanasi is considered one of the India’s oldest and holiest cities. The city is devoted to the god Shiva. It is constructed on the shores of the River Ganges and pilgrims navigate for miles to drench themselves in the sacred river. They have a hard believe that bathing in the Ganges will wash their sins and will purify them.

Why Should You Go Varanasi?

Varanasi is one of the best religious spots for Hinduism and there is no ambiguity that it is one of the most fascinating destinations in India. If you’re still not convinced, let me tell you some beautiful spots around the city. You will be amazed by the glowing Dashashwamedh arti. The city is full of Temples and spirituality. There are Music and concerts that flows through the streets of Varanasi. There are many Forts and historical monuments that forced you to think of ancient times.

Between the months of October to March is considered the best time to explore Varanasi. The famous festival Ganga Mahotsav is celebrated in November every year. It is a five-day festival and is a star attraction in Varanasi. This is the best Varanasi points of interest.

Here are the top 10 best places to visit in Varanasi:

It is the place where the devotee of Lord Shiva offers prayers at a huge lingam(Shivaling) which is in the shadow of a Peepal tree. It is located in the far south. It is one of the most famous places in Varanasi. Your visit to Varanasi is incomplete without a visit to Assi Ghat. The charming view of the arti here makes Varanasi one of the most fascinating cities in India. There are several ghats to visit in Varanasi.

Considered as the most auspicious place for Hindu to be cremated. In Hinduism, death is assuming as an entrance to another life marked by the consequences of one’s karma. It is the fact that Dashashwamedh Ghat and the Scindia Ghat are located at the borders of Manikarnika Ghat. It is one of the oldest ghats in the city and also stated in a Gupta inscription of the 5th century. The sunset, the glowing pyres along with candle-lit, flower boat hovering in the holy river Ganga make this Ghat more fascinating.

This Ghat reflects upon the Varanasi’s history. There are many historic monuments around the Ghat. You should not miss the chance of taking a dip in the holy water of Varanasi. One more popular thing is here is Lord Shiva temple built in the 19th century by the king of Nepal. This is one of the most peaceful places to see in Varanasi.

The fascinating thing about this temple is that it is one of the 12 Jyotirlingas dedicated to Lord Shiva, and also been introduced in the holy scriptures. It is placed in the western bank of the river Ganga. It was built by the Late Maharani Ahilya Bai of Indore in 1780.

This temple has immense historical and cultural influence in Hinduism as the ancient Hindu legend Ramcharitmanas was authored by Hindu poet-saint, Goswami Tulsidas in the 16th century. The temple was funded by the Birla family.

Also known as Durga Kund Mandir. This temple is dedicated to the Maa Durga and similar to other temples it also has great religious relevance in Hindu. Durga Temple was established in the 18th century by Rani Bhabani of Natore. Durga temple is also known as Monkey temple.

These two streets are the very oldest and busiest streets in Varanasi, it is the famous street markets of the city. Tourists used to purchase fancy jewelry and many items made of silk at affordable prices. Walking through Vishwanath Gali leads to the Kashi Vishwanath Temple of Lord Shiva. You can also visit some tourist places near Kashi Vishwanath temple.

Sarnath is a famous Buddhist pilgrim spot located 13 km north-east of Varanasi. This is the place where Lord Buddha preached for the first time after achieving sophistication. If you are seeking peace, meditation, and solitude, you must visit here. This is counted as the best places to visit in sarnath. Several Buddhist structures were raised between the 3rd century BC and the 11th century AD.

This crumbling 17th-century fort and palace is located at a scenic location on the eastern right bank of the Ganges River, opposite to the Varanasi Ghats. It is 14 kilometers (8.7 mi) from Varanasi and 2 kilometers (1.2 mi) from the Banaras Hindu University(BHU). It was built by Kashi Naresh Raja Balwant Singh in 1750. The museum is known as Saraswati Bhawan which is inside the fort. The museum is full of extraordinary ivory artifacts, old American cars, big astronomical clock, etc. There are also some more places to visit in Ramnagar Varanasi.

Alamgir Mosque, one of the incredible historical monuments in Varanasi, also known as Beni Madhav ka Darera and Aurangzeb’s Mosque. It is built in the 17th century by Emperor Aurangzeb. The mosque is positioned at an outstanding site above the Panchganga Ghat. The best part of this mosque is that it is architecturally an amalgam of Islamic and Hindu architecture.