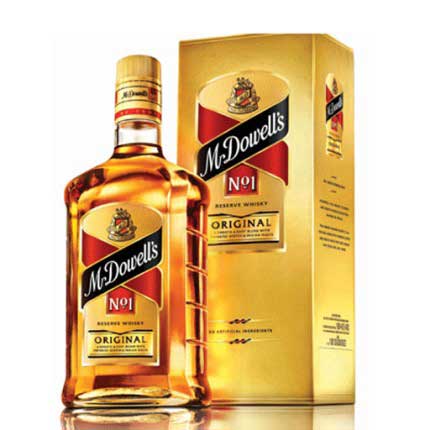 Rum is considered a traditional celebratory spirit, in many parts of the world. It is made with molasses (sugarcane juice), after the fragmentation, distillation, and ageing process.

Indians are a die-heart fan of rums, especially in winters. In India, rum is used for medical purposes too along with party drink tags. It has 3 major variants – White rum, Dark rum & Spiced rum. Rum in India is taken neat, with water or sometimes mixed with other drinks for flavor.

The inclination towards rum over other alcoholic beverages in India, is also due to its low price & availability. Still, people prefer it over whiskey, gin & vodka for its taste. Here is the list of the top 5 rums brands in India, just for you:

The most iconic rum brand, Old monk is considered a famous rum in India since 1954. It is manufactured in Ghaziabad, U.P. India, and aged for around 7-12 years to give you this taste & flavor.

Old monk has a vanilla-like flavor with a woody taste, available in 6 different variants in the market:

Founded in 1862 by Don Facundo, Bacardi is world-famous alcoholic beverages with 200 products across more than 150 countries.

Bacardi is one of the best rum in India and is loved by people of every age group. It is widely used in making cocktails and following variants:

It is one of the best white rum brands in India.

Contessa is a product of Radico Khaitan, and known for its bold taste. Aged for around 12 years with notes of vanilla, cocoa, and dried fruits to make it a perfect blend.

It is one of the top rum brands in India, famous among army personnel, and consumed mainly in winters.

This rum is named after famous Caribbean privateer – Sir Henry Morgan. This is preferred among spice rum lovers in India.

It has a unique taste, mixed with spices after the process of ageing for a year. This is again a budget-friendly rum brand in India available at a cheap price.

Manufactured by United Spirits Limited (USL), McDowell’s No.1 is a well-known rum brand in India & outside. Started in around 1990-1991, this classic rum has won many awards for its quality & bold taste.

Available variants in the India market:

This rum is mostly sold to the Defence sector and is exceptionally popular in India. It is one of the fastest expanding rum brands in India. The brand outcome is both white and dark rum. This rum is loved with a soft drink with a splash of iced water. It is far authorized in the Kerala Domestic Liquor market as well as paramilitary forces. It gives an exotic taste in every sip and doesn’t leave you with a hangover the next morning.

It has three variants:

Its bitter taste makes it the world’s market leader. It is also available in both dark and white variants. You should go for Angostura if you don’t want to spend a hefty amount. This is one of the Caribbean’s leading rum producers and the most loved and best rum brands in India.

It is introduced in 1982. It is a coconut flavored liquor, finished with Caribbean rum. It is a refreshing taste of summer. There are many variations of Malibu. It is merged with mint, known as Malibu Fresh, tequila known as Malibu Red.

Barcelo is the 4th biggest exporter of rum in the world. It is known as Dominican rum as it is based in the Dominican Republic. It is smooth and mixes well with others drinks.