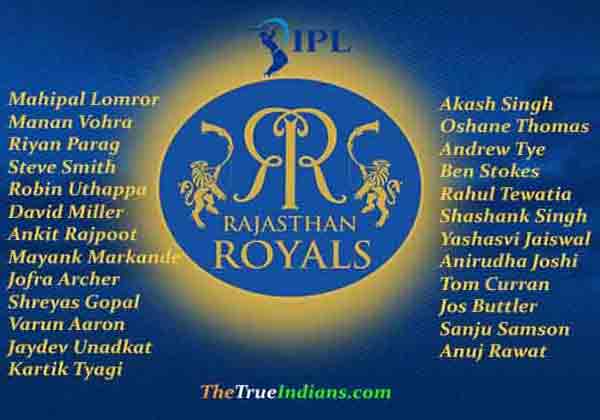 Rajasthan Royals retained 11 players, released 11 players from their 2019 squad. The team has purchased the most number of the players at IPL Auction, 11. They acquired Robin Uthappa and Jaydev Unadkat for INR 300L. They picked up Andrew Tye and Tom Curran for just INR 100L each, and David Miller for just INR 75L. So, have a look at the Rajasthan Royals full squad in IPL 2020, Retained players, Released Players, and New Players.