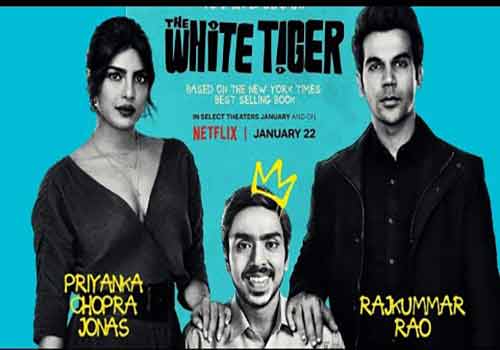 OTT refers to any video or streaming media that delivers content over the internet. OTT stands for “Over The Top”. Some examples of OTT platform is Netflix, Prime Videos, Voot, Alt Balaji, Zee5, Disney Hotstar, MX Player, SonyLIV, etc. and they can be on a paid subscription basis or free of cost. Many filmmakers are releasing their films on OTT or advertising on OTT. OTT also provides audio streaming services like Spotify.

The major advantage of the OTT platform is you can opt for whatever you wish to watch. There is a horde of choices at your fingertips. OTT releases have become a major source of income for filmmakers these days. We have provided here the list of the Best Bollywood movies of 2021 in Ott.

Sardar Udham is the historical Bollywood drama movie directed by Shoojit Sircar and produced by Rising Sun Films. Vicky Kaushal and Banita Sandhu are in the lead role along with Shaun Scott, Kirsty Averton, Stephen Hogan, and Amol Parashar in supporting roles. The story is based on a freedom fighter from Punjab who executed Michael O’Dwyer in London to revenge on the 1919 Jallianwala Bagh massacre in Amritsar.

Sherni is a Bollywood action drama directed by Amit V. Masurkar and produced by the T-Series company. Vidya Balan is playing the lead role in a movie, about an Indian Forest Service officer, alongside Vijay Raaz, Sharat Saxena, Brijendra Kala, Ila Arun, Neeraj Kabi, and Mukul Chaddha in supporting roles. The movie is based on wildlife conservation and human-wildlife conflict.

Shershaah is a biographical war film helmed by Vishnuvardhan. The movie is based on the life of Captain Vikram Batra who was rewarded Param Vir Chakra. The movie showed his entire life in the Indian army from the posting to his death in Kargil War. Sidharth Malhotra is in a lead role and Kiara Advani as his girlfriend Dimple Cheema.

The White Tiger is a Bollywood Hindi drama film. The star cast is Adarsh Gourav, Priyanka Chopra, and Rajkummar Rao in a lead role. The story is adapted from Aravind Adiga’s 2008 novel, the story is about Balram, who comes from a poor Indian village and uses his intelligence and slick to escape from poverty.

Mimi is a 2021 Bollywood comedy-drama film directed by Laxman Utekar. It is the recast of the Marathi movie “Mala Aai Vhhaychy!” (2011) produced and directed by Samruddhi Porey. Kriti Sanon is in the nominal role of a young woman who decided to be a surrogate mother for a foreign couple.