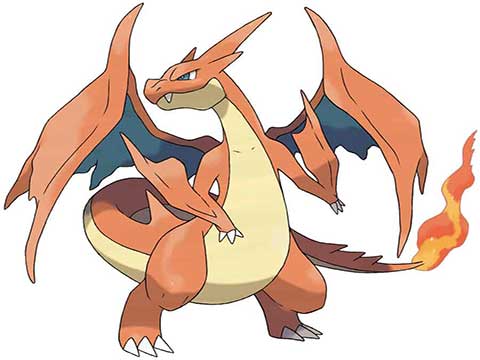 The most skilled character you can have, known as the Evolution Pokémon in the anime and games. Eevee has an unstable genetic code. Informally known as “Eeveelutions”.

Arcanine is known for its amazing speed. It can go up to 6200 miles in one day and night. This is one of the fastest Pokémon in the world. Also, one of the coolest Pokémon characters you know.

Known as the Scratch Cat Pokémon, is considered a rival of the Pokémon mascot Pikachu. This Pokémon belongs to Team Rocket and is one of the characters that have the skill to speak human language.

Mewtwo is witnessed as one of the series’ strongest Pokémon. This is also one of the Pokémon who is capable of human speech.

It is known as the Flame Pokémon and one of the most extraordinary Pokémon in the world. Charizard’s design is inspired by dragons. It has large bat-like wings and a long tail having burning flame on its tip. This is one of the most powerful Pokémon characters.

Blastoise is a Water-type Pokémon species. It’s known as the Shellfish Pokémon. It is the mascot for the Blue version. Their preferred environment seems to be freshwater ponds and lakes. Blastoise can even crush any enemies with this weight.

Gengar is also known as the Shadow Pokémon it’s quite crafty so it can hide in any shadow. Gengar is a dark-purple Pokémon with a roundish body and a spike-covered back with sinister red eyes. This is one of the top ten Pokémon characters.

Known as the Seed Pokémon. It is an essential character in anime. Bulbasaur is a small, squat amphibian and has light blue-green bodies with darker blue-green spots and have a large garlic-shaped bulb on its back.

Lucario can feel and manipulate Aura, so known as the Aura Pokémon. Lucario has a large snout and ears with vertical slit pupils and red irises. The colour of its fur is blue and black. This Pokémon is one of the most popular characters in the series.

Also known as the Blaze Pokémon. Blaziken has a small face almost covered in feathers and long hair behind its head and having a crest on its head with two points, that look like the letter “V”.